Grandma Has Teeth Of Noteworthy Dimensions

I considered posting something warm and fuzzy related to family and the New Year, but a satire about a hypothetical grandmother seemed like more fun. 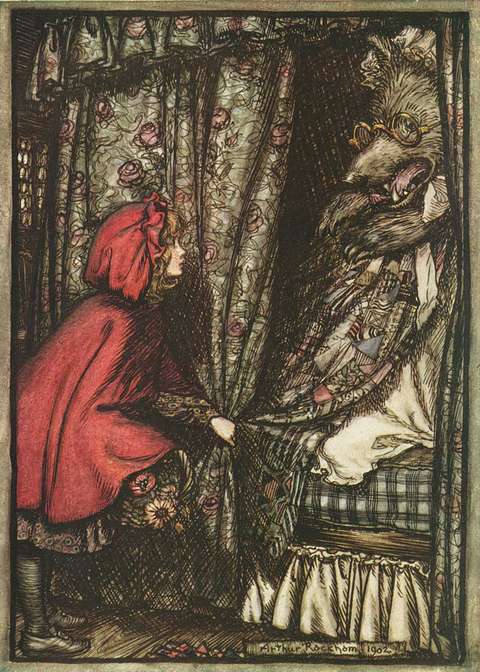 The night is dark and the air is still. Even the one fly too stupid to escape your hospitality has settled into a deep slumber fuelled by Mortein, or perhaps rigor mortis. You lie peacefully, coasting along the currents of slow wave sleep.

Yet something sounds in the kitchen, and your foggy mind is stirred into wakefulness. You slide out of bed, curved spine and hanging arms harking back to Neanderthal predecessors. Red-rimmed eyes crack open.

You shuffle your way to the door.

The sounds are coming louder now – a rattling here, an inhaled thhhhuuuurrrrrrr-smacksmacksmack there, as of a tongue making its way around the rim of a Dolmio sauce jar. Your lumbering heartbeat thuds a touch more quickly. Can it be? A clatter comes from the kitchen – it’s there, returned; it’s come in again from the cold – and your steps shuffle with far greater alacrity now as you stumble your way over the bar heater and grab the doorframe to break your fall, hand snatching for the handle – you push the door open; you fumble for the light –

The kitchen is empty. Small pieces of plastic from a disembowelled bag blow whispering across the tiles, like the suburban equivalent of tumbleweed in a deserted mid-western town. A lid from tomato paste jar rolls a last ring around the frozen meat lying on the counter, then falls into a rattling halt. The curtains by the half-open balcony door float lightly in a cool breeze.

You take a tentative step, avoiding the smoked salami. Then another.

There are no lights on in the bungalow out the back – yet this, you are convinced, is of no consequence. Indeed, according to your research, wolves have remarkably good night vision.
You narrow your eyes, keeping them fixed on the little room where Grandma dwells. The window is dark. But you have not been fooled.

Signs Your Grandmother Is A Wolf

Still not convinced? Fine: let’s go in for the kill. You were christened Remus, and your twin brother Ron has never liked his real name. You both share a taste for steak saignant. As for your daughter, she has taken to seeking out high places and howling on clear nights. What’s more, your household appears blessed, for it’s the only one in the neighbourhood not to suffer a swift turnover of household pets, and there’s always meat on the table.

Today was her first day of volunteering at yet another petting zoo. The ones she gets involved with tend to go out of business eventually, but no matter. She has plans to move to the countryside next year; perhaps breathe some fresh mountain air. People are flocking to it, she says. Hardly any uncivilised pigs, not like in the suburbs. She might even be able to make some new friends.

She has been stocking up on fleece clothing.
Posted by Rosalind Moran at 21:14 No comments:

Artwork courtesy of Bossy Magazine There's an entertaining moment in A Room of One's Own where Virginia Woolf breaks off ... 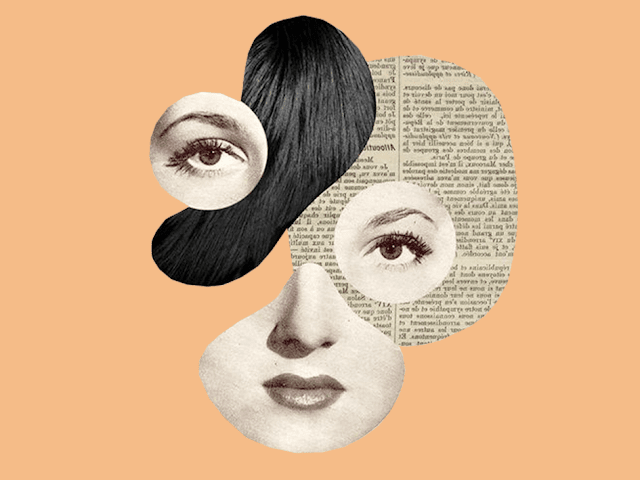